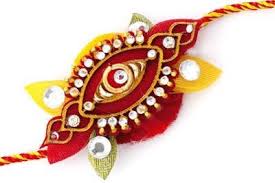 All instruments and rhythms performed

‘Hare Krishna Hare Rama’ is a great film portraying brother-sister love. India has two holidays devoted for this. Raksha-bandhan and Bhai-Dooj. In most other cultures also this sacred relationship and love is celebrated, and brother is always there to protect sister. While this story is a fiction, there are many real-life examples of similar situation.

What I like to highlight is, the problem of depression. It is a big problem, and needs to be looked at with compassion and love. In the story, the sister, heartbroken by parents divorce, gets depressed, takes refuge in drugs. Drugs are always connected to either depressed group of people (In this case Hippies) or by criminal drug-pushers. Here sister becomes victim of both. Brother not only devotes his life in looking for the lost sister, but also, after finding her, realizes the problem she was in. He makes great effort to put her on the right path. Finally when he sings this song that he used to sing in the childhood to cheer up upset sister. Brother does not get angry at sister for living filthy hippy life with no character, he does not disown her and walk away, does not put her down, even takes the anger from the misguided brainwashed sister.

There are many examples like this in real life. Depression is sometimes a generic illness. The pain and unhappiness of life can make it worse. The cruel people of the society make bad things worse and make the depressed people even more depressed by their monstrous acts that give them joy in cruelty.  Drug pusher-criminals see goldmine in such people, who are always looking for such weak-minded victims. Families, busy trying to make living, cannot find time to correct the situation. Some family members even call such victims ‘Bad’, ‘Shame to the Family’; and instead of helping them, distance themselves from troubled family members. Sometimes these troubled family members get hostile, under influence of drugs, towards those who art trying to put them on right path. So they stop helping. Schools sometimes knowingly take blind eyes on the situations. Many psychiatrists either take easy solution by prescribing them drugs, or sometimes make them lifetime prescription drug addicts and make fellow pharmacists rich.   Only the family members can provide true help with lot of love. Only they can tolerate the hostility in the path of recovery and rehabilitation.    That is what the brother does for the sister in the film. The writer, though, is not progressive enough to let the victim live after so called tainted past, and she commits suicide to spare the family from shame. If I were the writer, I would have let her live with dignity during the process of rehabilitation and provided her with lot of love.